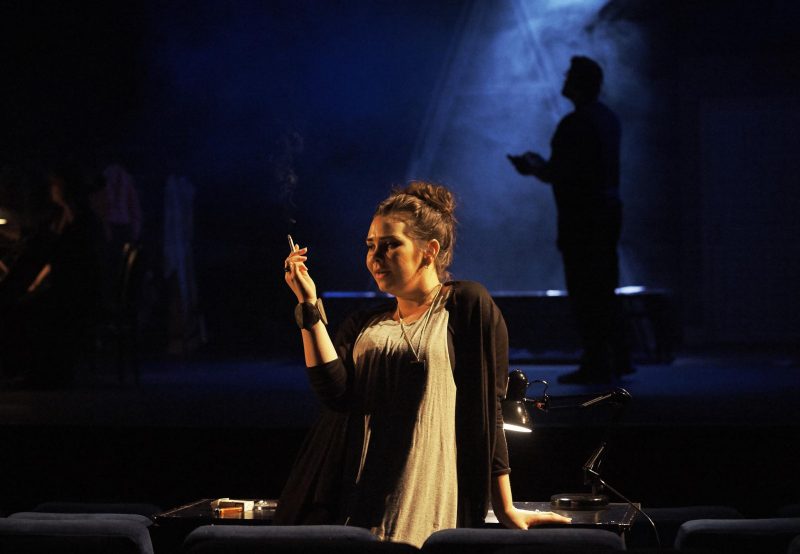 OTC production of two short operas that are entirely different in musical character, but which both have a strong theatrical effect. Performed as individual productions at the 2015 Kilkenny Arts Festival, later that year touring Ireland as a double bill.

Wolf Ferrari’s Susanna’s Secret is a classic verismo opera with brilliant comic timing and a rich musical score that effortlessly sails between light comic music and more richly expressive arias. Performed by two outstanding young Irish singers Rachel Croash and Rory Musgrave as the newly wedded husband and wife who have yet to fully work out their relationship.

Poulenc’s The Human Voice (Le voix humaine) is a more psychologically complex work written for a single singer – in this case soprano Kim Sheehan. Set in the aftermath of the break up of a relationship the woman frantically tries to re-connect to her former lover via an unreliable telephone line. Poulenc’s composition captures every emotional contour as the soprano’s situation becomes more and more hopeless…

“a brilliant short opera in the shape of Poulenc’s The Human Voice, and Opera Theatre Company’s new production at the Watergate Theatre, directed by Tom Creed and starring the soprano Kim Sheehan… was simple, to the point and found real beauty in this 60-minute modernist gem”. – The Irish Times 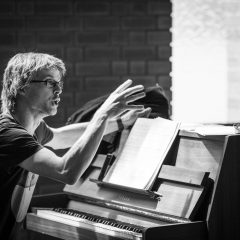 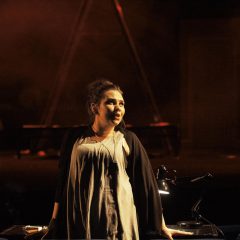 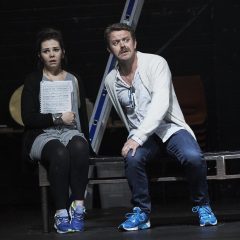 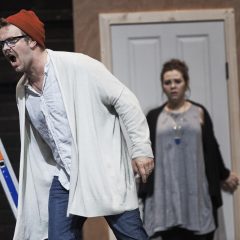 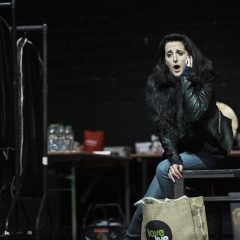 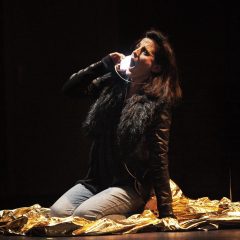