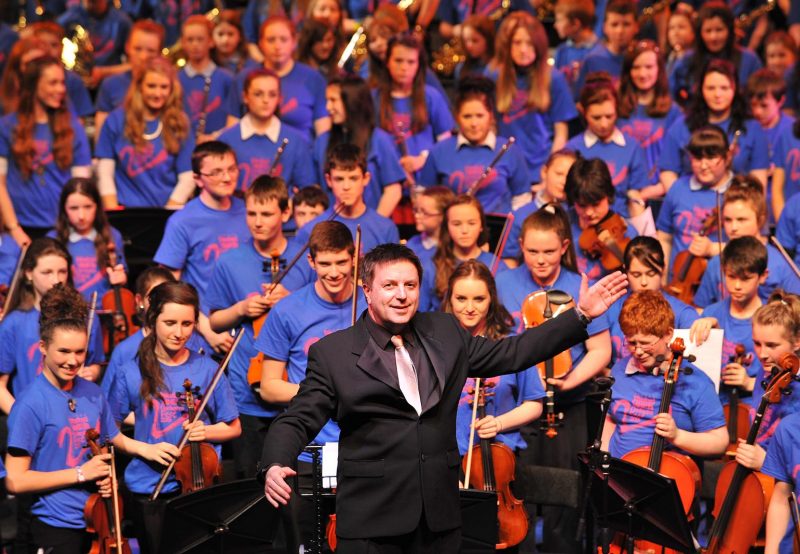 Conductor Fergus Sheil had the sweep and trajectory of the music ever in mind as he conducted with great passion and energy throughout. The RTÉ National Symphony Orchestra responded in like style providing a fine romantic sound throughout coupled with sensitive accompanying of the soloists – Bachtrack

Robert O’Dwyer’s Eithne, the first opera ever performed in Irish, was given in concert performance on 14 October by Opera Theatre Company and the RTÉ National Symphony Orchestra, conducted by Fergus Sheil. It was not a première, but it might as well have been. The work had not been performed since its second outing at the Gaiety Theatre in 1910, and Saturday’s audience – erupting into applause even as the last chord sounded – seemed to think they had just heard something special – Journal of Music

★★★★
There was no doubting the appeal of Máire Flavin’s Donna Anna and Tara Erraught’s Donna Elvira, singers who flourish in the Mozartean balances and textures that conductor Fergus Sheil secures from the RTÉ Concert Orchestra – The Irish Times

Above all raised the sublime Mozart’s music: conductor Fergus Sheil and the RTÉ Concert Orchestra did it again in what turned out to be a great evening of entertainment – Bachtrack

★★★★★
plenty of hearty chuckles and the odd belly laugh at a sold-out house in Wexford… Aside from the excellent solo performances, the quality of nicely shaped crescendos in the ensemble numbers was among the many pleasures of the evening. Superb – The Irish Examiner

Fergus Sheil conducted a terrific performance by the RTÉ National Symphony Orchestra with real pace and energy, while the large chorus was outstanding…I don’t know if Nixon in China in Ireland (if you follow) will provide a Mao-like great leap forward for Wide Open Opera. But it certainly made a big statement – The Sunday Business Post

No one could blame Fergus Sheil for playing it safe. In its short two years, the conductor’s Wide Open Opera (WOO) company has taken on hugely ambitious projects from modern hits like Gerald Barry’s The Importance of Being Earnest, in a cross-border tour last autumn, to an authentically imposing five-hour Tristan und Isolde in the 2012 Dublin Theatre Festival. WOO’s latest output is John Adams’ 1987 minimalist classic, and similarly intends to introduce new audiences to modern opera, stage a contemporary classic in Ireland for the first time, and showcase Irish talent – Phoenix Magazine.

Deane’s music was forceful and dynamic in the hands of the RTÉ National Symphony Orchestra. I suspect nothing on Ireland’s opera stage, north or south, this year will equal this remarkable achievement – The Sunday Business Post

★★★★★
Fergus Sheil conducted as to the manor born, paced the music with sensitive care, secured near-perfect balances between voices and orchestra, and coaxed from the RTÉ NSO some of the finest playing I’ve ever heard from them in the opera pit. A Tristan und Isolde to cherish – The Irish TimesSheil himself conducted the RTÉ National Symphony Orchestra superbly, and its resolve was palpable during the ebb and flow of musical emotion, while tension levels were also maintained throughout – The Sunday Business Post