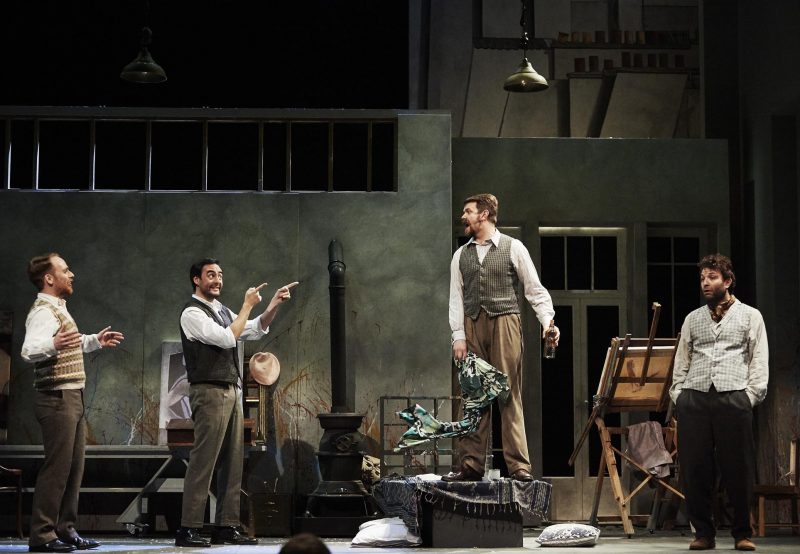 A major touring production of one of Opera’s best loved titles celebrating OTC’s 30-year history of bringing opera to all corners of Ireland. This production marked the welcome return of OTC’s founding Artistic Director, Ben Barnes, together with a cast of outstanding vocal talent including two of Ireland’s leading sopranos Máire Flavin (Mimì) and Sinéad Campbell-Wallace (Musetta).

This touring production involved a cast of seven singers, chorus of twelve and orchestra of thirteen players under the direction of conductor Andrew Greenwood. It was ecstatically received by sold-out audiences in most venues.

The doomed love affair of poet Rodolfo and seamstress Mimì and the more volatile relationship of Marcello and Musetta unfolded in a highly detailed design by Joe Vaněk. The first OTC production sung in Italian with English surtitles, the original language allowed the voices to bloom as they soared in Puccini’s achingly-beautiful vocal lines.

Flavin, a soprano, excelled; her voice a force of nature that swept through the aisles. Rice also convinced as the artist tormented by the flirtatious Musetta, portrayed by Sinead Campbell-Wallace. The perfectly pitched music was provided by a small orchestra bathed in dim lighting, capturing the brooding on-stage drama – The Sunday Times

The leads are strongly taken: Máire Flavin is a multifaceted Mimi and Pablo Bemsch a heroic-sounding Rodolfo – The Irish Times 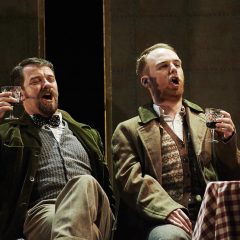 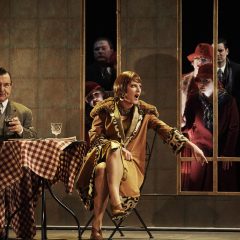 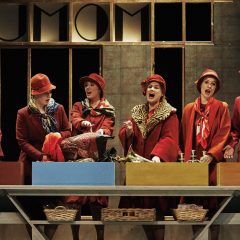 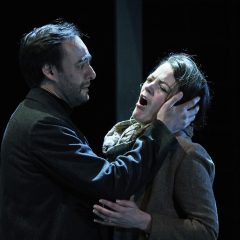